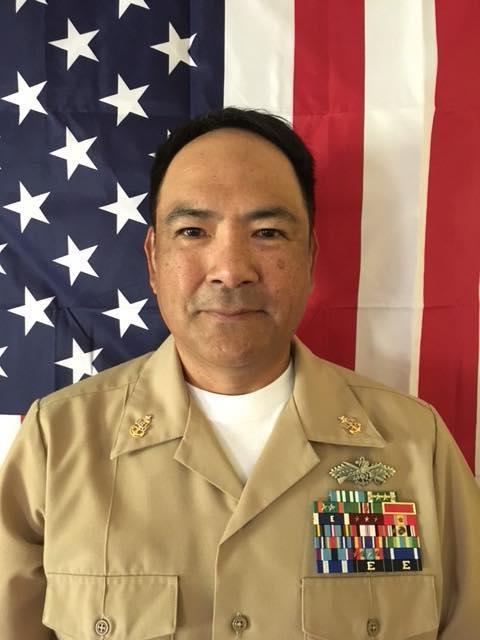 
The Navy National Defense Cadet Corps (NNDCC) program provides schools that do not qualify for a Navy Junior Reserve Officers Training Corps (NJROTC) unit an opportunity to provide a similar program designed to expand students' opportunities to gain the values of citizenship, service to the United States, personal responsibility and a sense of accomplishment.  High schools awarded an NNDCC often transition to a NJROTC within a few years.


Senior Chief Petty Officer, SCPO, Siegfred L Pitpitan was born July 28, 1965 in Manila, Philippines and immigrated to the United States in 1978.  He graduated Sidney Lanier High School in Montgomery, Alabama in 1983. After years in the civilian sector, he enlisted in the US Navy.

In February 1991, he attended Recruit Training Command in San Diego,California and then Engineering Aid Basic “A” School, in Port Hueneme, California. In July 1991 he reported to his first duty station, Construction Battalion Unit (CBU) 403 Annapolis, Maryland.

In June 1998 he reported to CBU 410 Naval Air Station Jacksonville, Florida where he served as a project supervisor and Assistant Operations Chief.

In June 2004 he reported to NMCB 133 Gulfport, Mississippi, where he served as Senior Enlisted Leader for Detail Atsugi, Japan and Convoy Security Element Commander during Operation Iraqi Freedom (OIF) III-IV.

In September 2011 he graduated from the Senior Enlisted Academy Class 161 GOLD.

In October 2011 he reported to NMCB ONE Gulfport, MS where he made deployments to CENTCOM and EUCOM and served as Battalion Training Chief, Headquarters Company Chief, and Family Readiness Officer.

In December 2014 he reported to Naval Construction Group TWO N7 (Training Department) where he served as Training Master Scheduler and Department Leading Chief.

In March 2017 he retired with 26 years of active duty service and briefly settled in Diamondhead, MS.

In May 2018 he and his wife Connie moved to Fayetteville, TN to be closer to family.